Variation is the differences between individuals within a species.

Variation between different species is usually greater than the variation within a species.

This can be caused by inherited or environmental factors.

Variation in a characteristic that is a result of genetic information from the parents is called inherited variation.

Here are some examples of inherited variation in humans:

Eye colour is an example of inherited variation 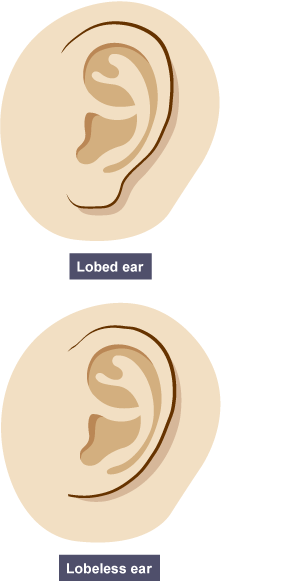 Having lobed or lobeless ears is an example of inherited variation

Gender is inherited variation too, because whether you are male or female is a result of the genes you inherited from your parents.

Characteristics of animal and plant species can be affected by factors such as:

Some features vary because of a mixture of inherited causes and environmental causes.

For example, identical twins inherit exactly the same features from their parents. However, if you take a pair of twins, and twin ‘A’ is given more to eat than twin ‘B’, twin ‘A’ is likely to end up heavier.

Weight and height are common examples of characteristics that are influenced by both genetic and environmental factors.

Variation can be continuous or discontinuous.

For any species a characteristic that changes gradually over a range of values shows continuous variation. Examples of such characteristics are:

If you record the heights of a group of people and draw a graph of your results, it usually looks something like this: 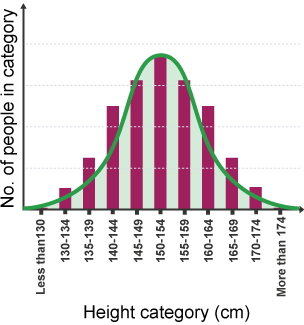 A bar chart to represent variation in height

The more people you measure, and the smaller the categories you use, the closer the results will be to the curved line. This shape of graph is typical of a feature with continuous variation. Weight would give a graph similar in shape to this.

Here are some examples: 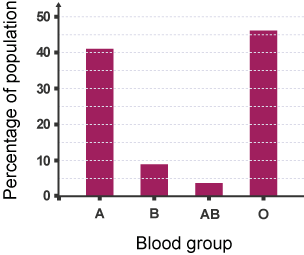